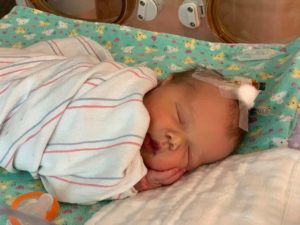 The Goodmans: One Big Happy Family

Garet and Amanda Goodman always hoped for a big family. They wanted to build a life where they would always be surrounded by lots of children and lots of love.

Sure enough, in May of 2020 they were expecting their sixth child, though not without struggle along the way. Due to past complications with rapid deliveries (that can cause complications for her babies), Amanda was set to be induced at a Tucson hospital about 100 miles from their Sierra Vista, AZ home.

With her due date looming, they called the hospital to confirm the details of the delivery. That’s when they learned that induction is considered an elective procedure and that all elective procedures had been canceled due to COVID-19.

Garet and Amanda scrambled to make alternative plans with their local hospital in Sierra Vista.

On May 14, Amanda went into labor. Twenty minutes after arriving at the hospital, baby Bree was born. When the doctor noticed Premature Ventricle Contractions (PVCs) in Bree, traumatic memories of previous birth complications came flooding back to both Garet and Amanda.

Most PVCs in newborns resolve on their own, but they can also lead to life-threatening heart problems. The hospital in Sierra Vista lacked the resources to evaluate the cause of the abnormal heartbeats, so at the request of their doctor, Bree was on a helicopter headed for Tucson Medical Center.

Only the patient can fly in an emergency, so mom and dad followed behind in their truck. They arrived in Tucson late that same night. Due to COVID-19, only one parent was allowed to visit Bree at a time, so Amanda spent that first night in a recliner by her side.

Meanwhile, Garet sat in his idling truck for hours waiting for good news. Every birth feels like the first, and the same doubts crossed his mind.

That’s when he remembered the Ronald McDonald House. The family had stayed at the House twice before, when two of their older daughters, Claire and Jade, were born. He remembered how having a “home-away-from-home” gave him and his wife a space to lean on each other while their daughters recovered. He remembered the playground where their eldest daughter, Paige, would play when she visited with her grandparents.

“Going through hard times together always seems to bring us closer together. Even though its hard and even though things are crazy, if we can try to enjoy every moment we have together, then we’ll look back on it fondly.”

While our House is temporarily closed to prevent the spread of COVID-19 to our most vulnerable families, we are still committed to providing parents with a place to stay near their sick child. A few calls later and the Goodmans were set up at a hotel close to the hospital for the next two nights, all paid for thanks to generous community donations to Ronald McDonald House Charities of Southern Arizona.

Bree’s PVCs continued to be monitored. The tests ruled out heart defects and cancer. Every day her heart grew stronger and the doctors were confident that she would make a full recovery.

The “new” parents were able to head back to the hotel, and because they were only minutes (instead of hours) away from Bree, Amanda slept through the night for the first time in weeks. During the day, Garet was grateful to have a cool place to stay. In the afternoons, Garet would switch places with his wife, enjoying the quiet time he spent with Bree.

But they missed the Ronald McDonald House volunteers, the Chef for a Day meals, and having a place where the rest of their family could join them.

“I remember everyone we would meet at the House was really friendly and caring. Just to see a smiling face makes a big difference.”

Although it wasn’t the same, Garet says, “It was nice to have something taken off our plate.”

When Bree was discharged, Amanda and Garet drove her to Sierra Vista, where her five siblings and grandparents were ready with open arms to welcome her home – one big happy family. 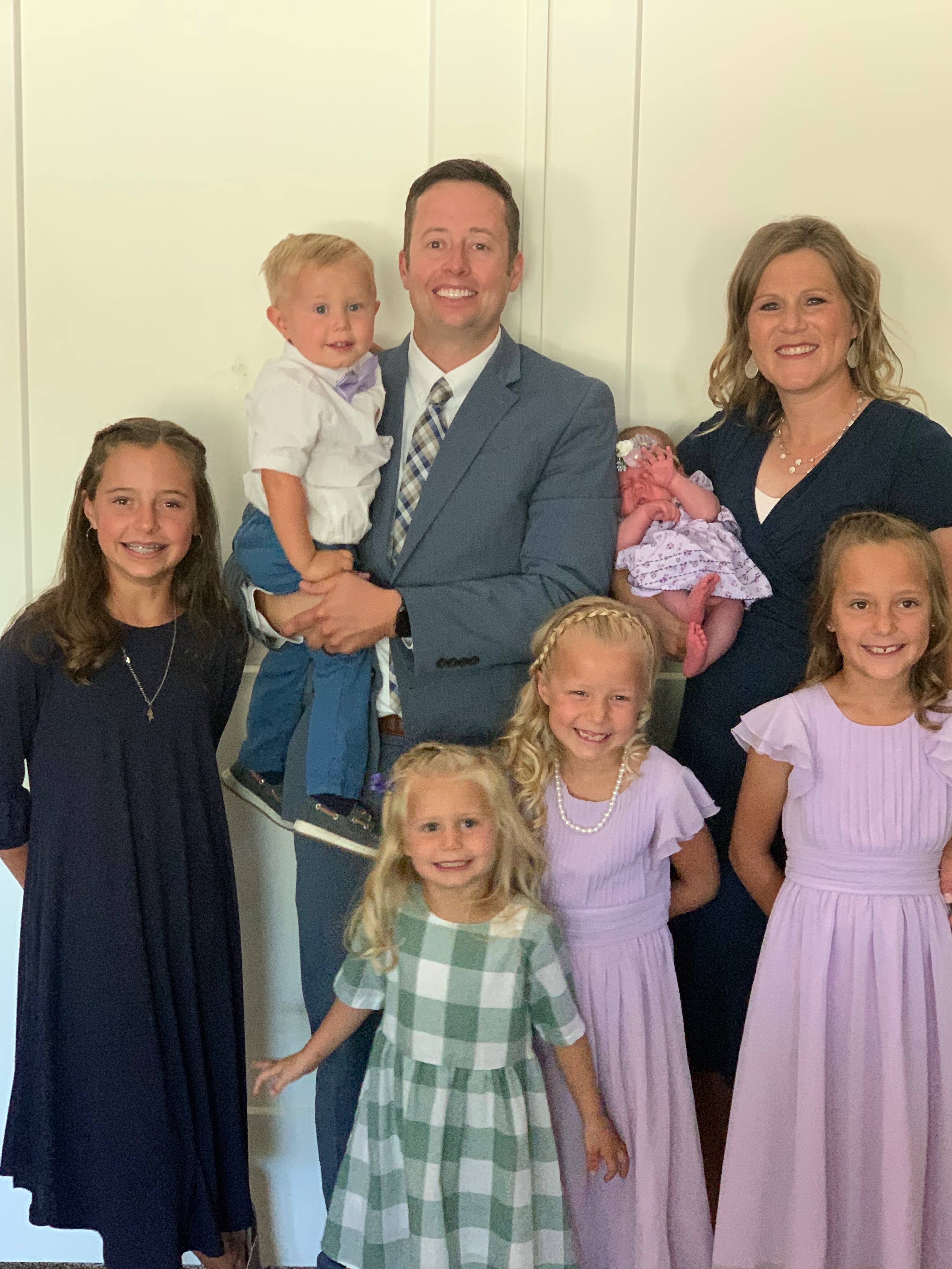 During these unprecedented times, we cherish what truly matters: being together.

Help us cover the hotel stays, takeout meals and travel costs for families like the Goodmans with a donation to Ronald McDonald House Charities of Southern Arizona.