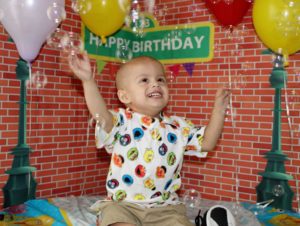 We love hearing from families after they’ve checked out of the Ronald McDonald House. Especially when they’re sharing good news like the Zacarias family. Last week, we received an email celebrating Francisco’s second birthday. 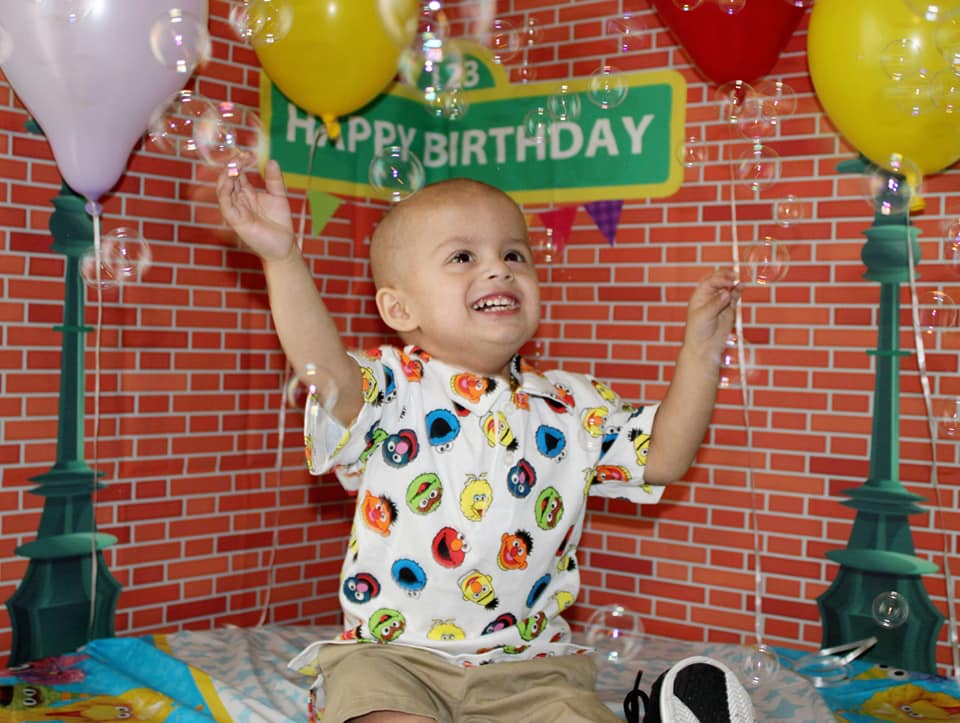 “Thank you for being here for our family for an entire year,” wrote Francisco’s mom, Bibiana. “Thank you for having open arms and love for our two boys in the hardest times of Francisco’s treatment. Today he turns two and you have become a part of our family as well as all of Ronald McDonald House staff and donors. Y’all really made it feel like a ‘home-away-from-home.’ We miss you all and hope to see y’all soon once again.”

Last July, Francisco was your normal, happy and healthy 13-month-old. He crawled around the house and played peek-a-boo with his parents. When his mom, Bibiana, found a lump on his leg, she thought it was a cyst or a muscle cramp, and took him to his doctor to be sure.

His doctor ran a couple of tests and a few weeks later, the Zacarias family was caught off-guard with the results – Francisco had cancer. He was diagnosed with embryonal rhabdomyosarcoma (ERMS), a type of cancer that attacks connective tissue and had infected his knee.

When a child is diagnosed with cancer, the whole family feels the emotional and mental pain that comes with it. “My family didn’t plan for this to happen. No family does. The stress, sadness, guilt, hurt,” wrote Bibiana on her Facebook page where she updates friends and family about Francisco’s fight against cancer.

Soon, Bibiana and Francisco made the 40-plus minute journey to Banner Children’s Diamond Children’s Medical Center with dad (Juan) and brother (JJ) in tow. Francisco would need round-the-clock care, so Bibiana quit her job at the Sahuarita McDonald’s to do what she knew was best for Francisco – be by his side for every moment of his treatment.

Juan works evenings at the Sahuarita McDonald’s so he can be with his family during the day. This past summer, McDonald’s started a new fundraising effort. It’s called Round-Up for RMHC®. When Juan’s customers ask to round their bill to the nearest dollar, the money supports families at the Tucson Ronald McDonald House – families just like his own.

The first few months were challenging. Bibiana, Juan and JJ were in and out of the Ronald McDonald House more times than they could count while Francisco underwent chemotherapy and radiation.

The House became their “home-away-from-home” each time Francisco received treatment. It was a welcoming place where the family could celebrate the big milestones: his first steps, each hospital discharge, his last inpatient chemotherapy session. By staying much closer to the hospital, they spent less time in a car and more time playing with each other.

In June, the family celebrated another huge milestone – his second birthday!

For the next several months, he’ll be making frequent trips to Tucson for outpatient chemotherapy. His battle is far from over, but Francisco is a fighter.

While our House is temporarily closed due to the global pandemic, families who need to travel for the care of their child are being put up in local hotels all paid for thanks to your generous support.

Donate to Keep Families Together